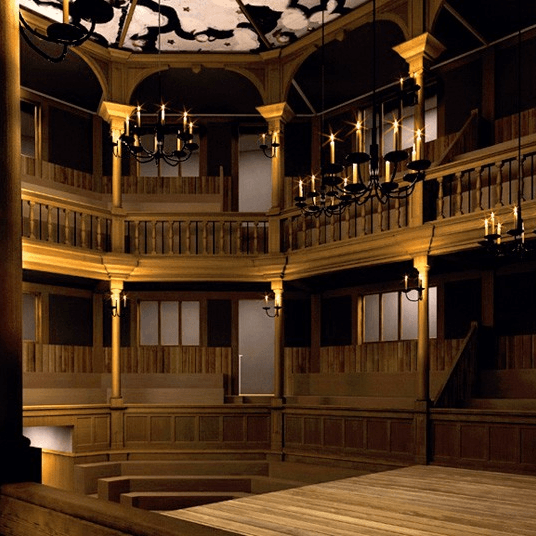 After many years of academic research, the form of the Sam Wanamaker Playhouse took shape. The building was to be made of timber and plaster. Computer modelling showed that the playhouse acoustic would be good and design iterations and auralisation with the Client and Architect showed that it would be excellent.
The clamour of London, which would have been audible in a Jacobean theatre has been reduced to silence, as have the air systems. That which is Jacobean is the playhouse acoustic, with some 21st century tweaks.
On opening day, 19th November 2013, with an audience, the acoustics were highly praised.

Top
We use cookies to ensure that we give you the best experience on our website. If you continue to use this site we will assume that you are happy with it. Find out more.